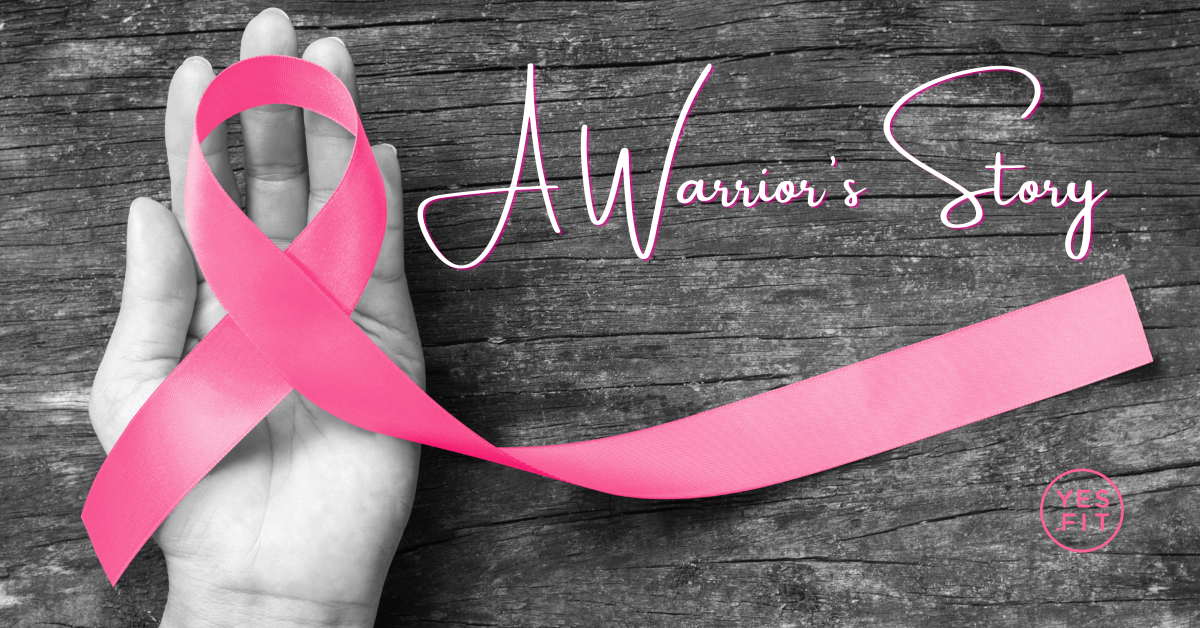 This week we got an exclusive story from one of our very own resident Yes.Fit members, Laura Dallam. She sat down with Coach CC and opened up about her battle with Breast Cancer. Before we dive into her story, allow me to introduce her. Laura had recently put in a pool in her backyard, she was looking for new ways to keep active. She had seen our race ‘Mermaid in Denmark’, realizing she could log those miles making a splash in her pool; And so her love for Yes.Fit races and challenges began. She loved that she could join our super active Facebook community and meet people on their own journey. 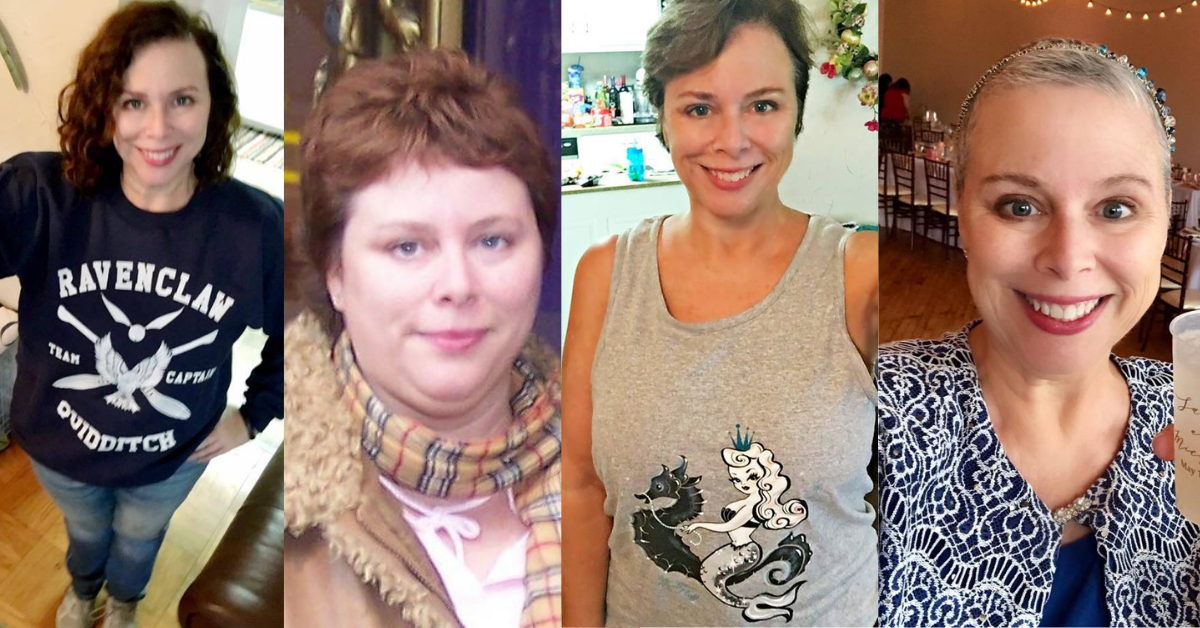 Coach CC: I understand how tough it is to share, but can you tell us how you found out the news that you were diagnosed with breast cancer? What was the cancer diagnosis? How long were you fighting for? How did everything transpire? Did you do any of your own cancer research? What cancer treatment was needed?

Laura: The fall of 2018, I had my yearly mammogram. They sent me home and then they called a couple days later and said they wanted to redo my mammogram. I recommend the one I had done, which was a 3D mammogram. I had to pay a little bit more, but it was definitely worth it; because it caught it so early. It was very small. They called me back and did an ultrasound. That led to a biopsy, which led to being officially diagnosed, on September 11th, I had triple negative breast cancer, stage one.

Nobody could feel it. So it was very small. I had heard of many different types of breast cancer. Triple negative is rare; only about 15% of breast cancer diagnoses are triple negative. So I had to have everything. I had a lumpectomy. I had chemo and radiation. I went through the whole thing, thankfully because it was small, I only had four chemo sessions. I did lose my hair though. In October I did genetic testing to see if I carry a specific gene for breast cancer. Then I was able to have a lumpectomy, which saved the breast. If it had come back positive, I would have had a mastectomy. February of 2019, I started radiation and then I was done. 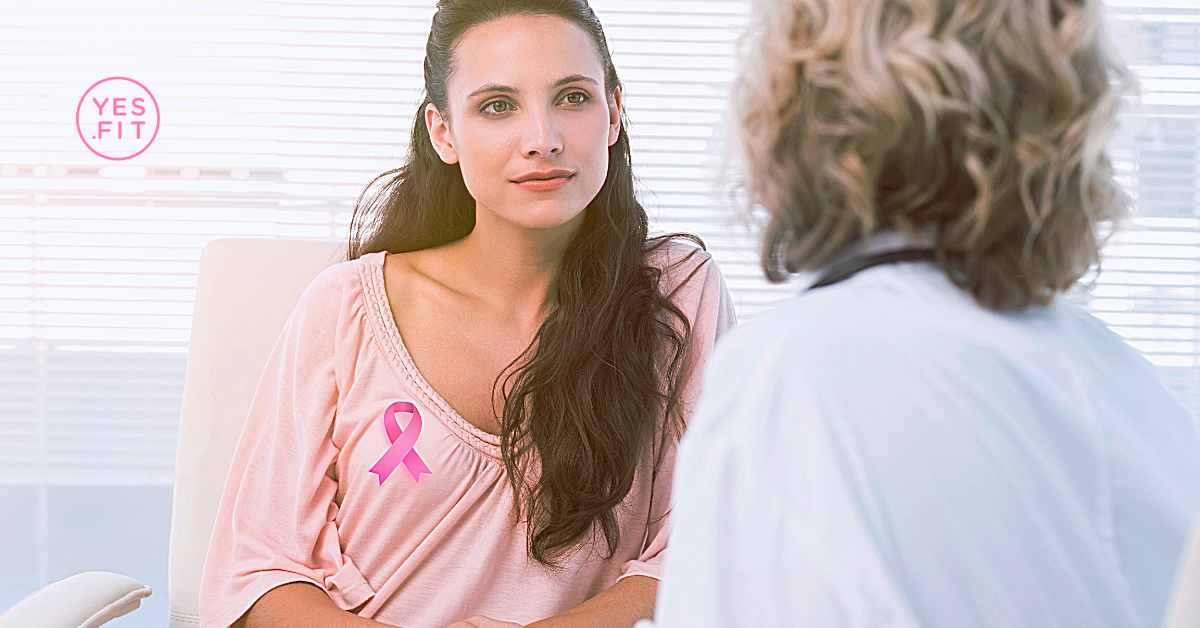 Coach CC: Wow, what a series of events in such a short amount of time. How did you find moments of peace with the physical and the mental?

Laura: Well, I lost my hair. It started coming out. I had it a little bit longer than shoulder length and I had it cut really short, into a pixie cut, just because I knew it was gonna keep falling out. Then I thought to myself, might as well rock it and I went to my hairdresser and he shaved it for free. After, I went out with my friends and had a party at a bar, you know, trying to make the most of it. It's not always easy and some people react differently, but I shared everything. I put it all on Facebook too. I figured if one little post of mine could help somebody then it was worth it.

Coach CC: That's definitely a key point, early detection is everything. You were able to catch it so early because you were being on top of it, going in for your annual. Getting your doctors point of view and their expert opinion was so important in your story. I love that you talked about 3D imaging, and the benefits of the advancement of technology. I do love that mentally, you stayed strong and just made it a party, cutting your hair. Such a great mindset to commit to. How relieved were you after remission? Everything's done and finally you can move forward. What kind of party did you want to throw after that?

Laura: I had a trip already planned before I was even diagnosed. Me and a couple of my girlfriends were planning to visit another girlfriend in California. We had the tickets and everything booked. When I was diagnosed, I was afraid I wasn't going to get to go because of the timing, but it all worked out! So you know, that was a celebration for me. I got to go even though I was bald. That trip was awesome. Then when a year went by, I had another party to celebrate. We call it the "Cancerversary".

Coach CC: I love that, taking a moment to reflect and celebrate life. You didn't dwell on the ‘what ifs’ because it wouldn't allow you to enjoy the present. One thing that you mentioned that I really like is: your girlfriends. You talk about their support during and after, and how important that support system was for you to feel confident, to keep pushing and to keep fighting. I think that is really beautiful. 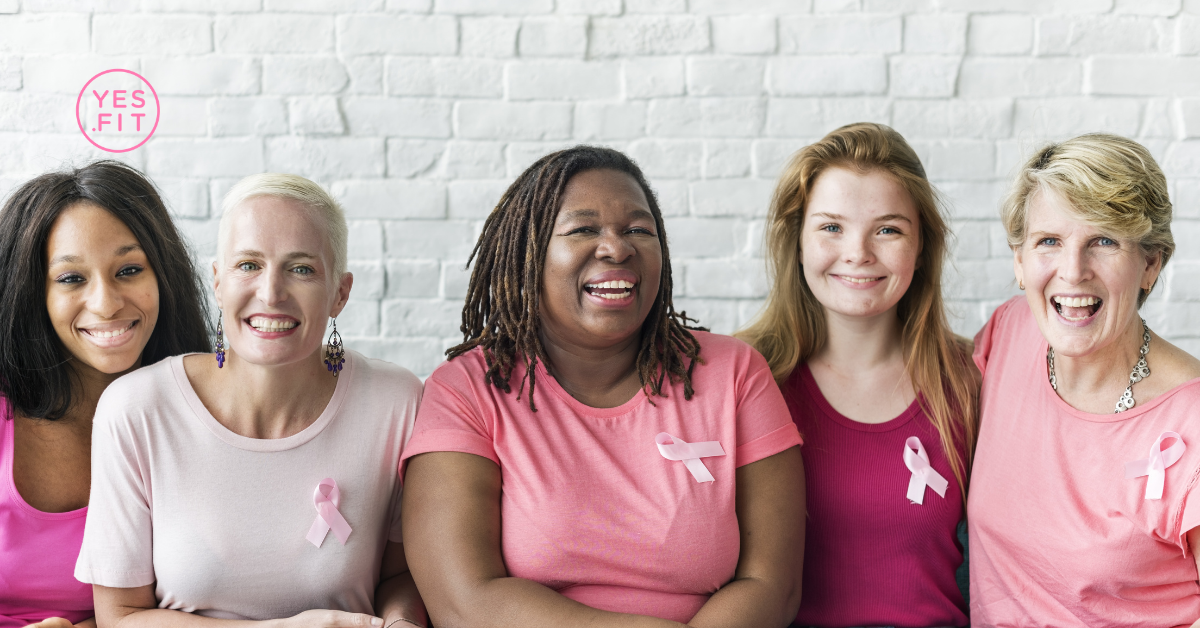 Laura: If anyone offered me something and it's not what I needed, I would say some like thank you, but instead could you give me a ride to chemo. Sometimes it's tough because some friends kind of stay away because they don't know what to say or do . My friends were great. My family was too, even though they weren't physically here the whole time.

Coach CC: Yeah, I think that's huge. Finding those communities as a safe Haven. If you will, to really restore the mental to keep pushing. Shifting here a bit, I do also want to talk about the physical. So what your nutrition was like, how were you eating before, during, and after?

Laura: They have a nutritionist at chemo that talks to you. The main thing when you're going through this, because you're taking steroids, you're hungry, but then you eat, it tastes metallic in your mouth. The main thing the nutritionist said is just eat what you can. Something surprising during chemo, they ask you to stay away from vegetables and salads and things like that at restaurants, because you're not sure how they were washed. I could eat them at home as I was the one that cleaned them.

Coach CC: Nice. So what about exercise, obviously you like to swim and bike. I'm assuming that you were very active prior. Did you ever feel like that depletion of energy? I know chemo is very draining, how was trying to get back on track and trying to slowly rebuild?

Laura: Well, I was. It's going through treatment from like November through March. My pool is not heated. So it's too cold to swim during those months, but basically all I had was an exercise bike and walking. Basically my daily goal was to keep moving a little more each day, I just kept going. Yes.Fit races were very helpful to keep me motivated. 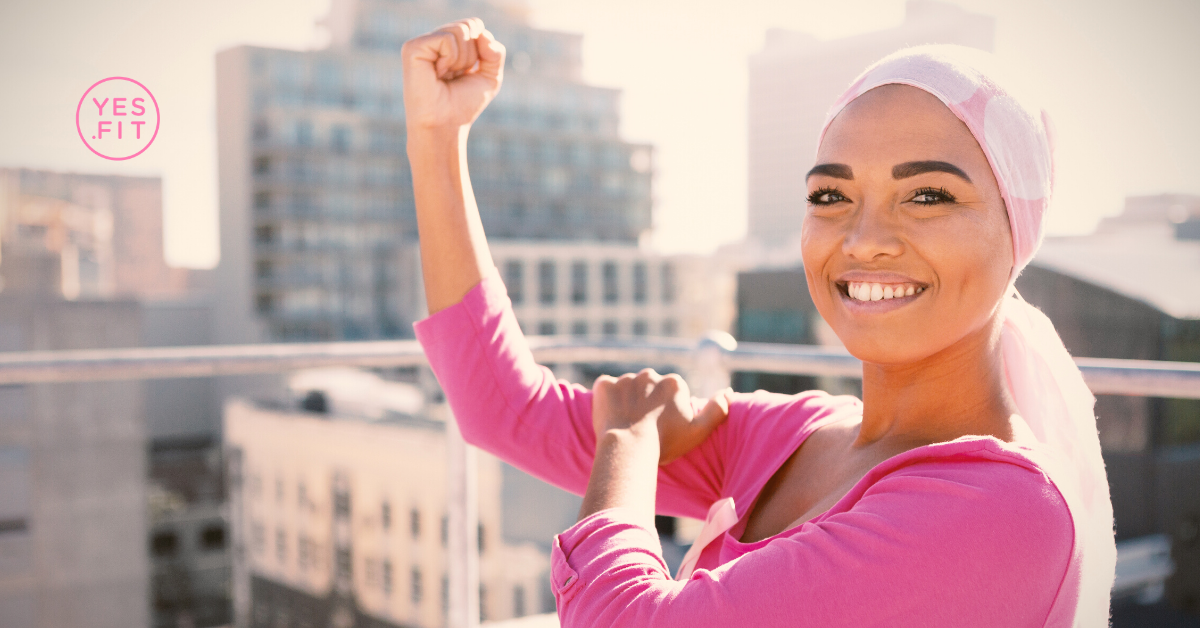 Coach CC: Nice. Staying positive and motivated is so important. Do you have any tips while you were battling and beating cancer? What do you do to keep that same mindset today?

Laura: I just really tried to focus on the good. I focused on my dogs. My friends like I said, were very supportive. They would come over just to sit and talk. We'd watch hallmark Christmas movies and that made me happy. I went to church. I have a little book that has daily blessings. I just try really hard not to dwell on the bad and always focus on the good.

Coach CC: Is there anything that you would want to say to anyone specifically, for example ‘Hey, you know, don't be a stranger. Whether they are going through it or accompanying someone who is going through it.

Laura: Definitely. If you're going through it, don't be afraid to ask for help. Don't think you're being a burden, because you would do the same for this person if they were battling it.

Coach CC: So to recap the biggest takeaways: make sure you're going to the doctors, you're getting your annual check up. You're getting a mammogram done. Try to stay true to your diet, and try to stay with your active lifestyle. Stay positive and don't dwell on the ‘what ifs’.

You said, sometimes you might feel like a burden. Sometimes people do. Oftentimes it's just something we put in our own head. No one will know if you need help, unless you ask.

Miss Laura, keep living the dream and keep knocking out those Yes.Fit races and inspiring others. I think that you're an incredible woman and I thank you so much for sharing your story and sharing what it's like to be a fighter, warrior and survivor. 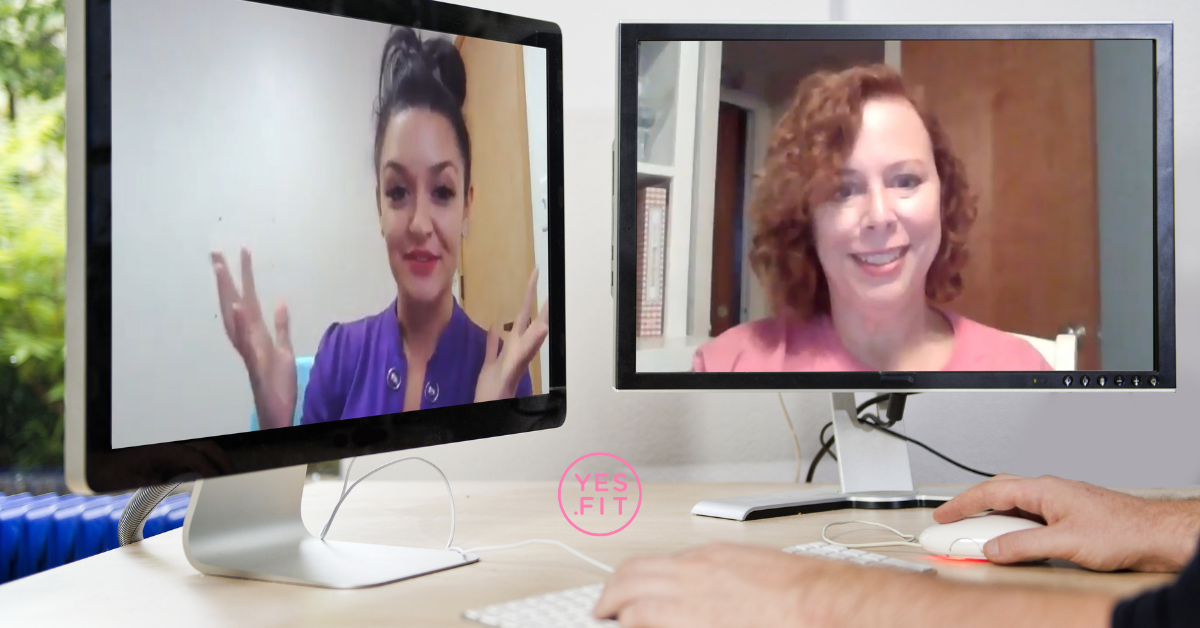 Get fit the fun way.

Join the community that supports YOUR fitness, YOUR way.

© Copyright 2022, All Rights Reserved by Yes.Fit